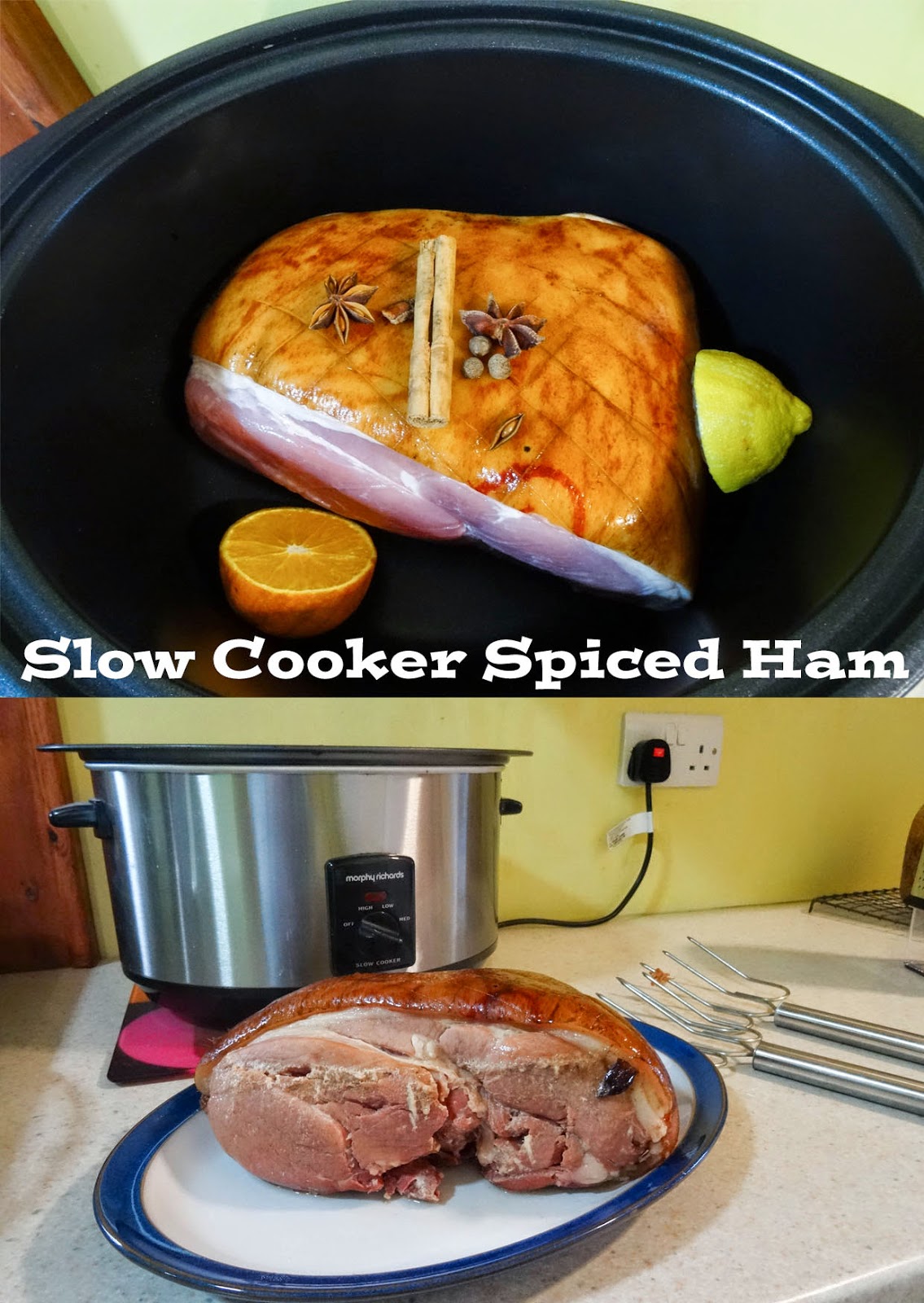 It might seem like a bit of an extravagance to buy a ham in January, but you can get an awful lot of eating out of a large ham like this eating it sliced, warm and cold, then stretching the rest into several meals using rice, pasta, quiche, bakes, pies and pasties.

Adding some spices and citrus fruit to the cooking liquid just adds a little extra flavour to the ham.  It’s not overpowering and is more obvious in the cold ham than when it is served warm. 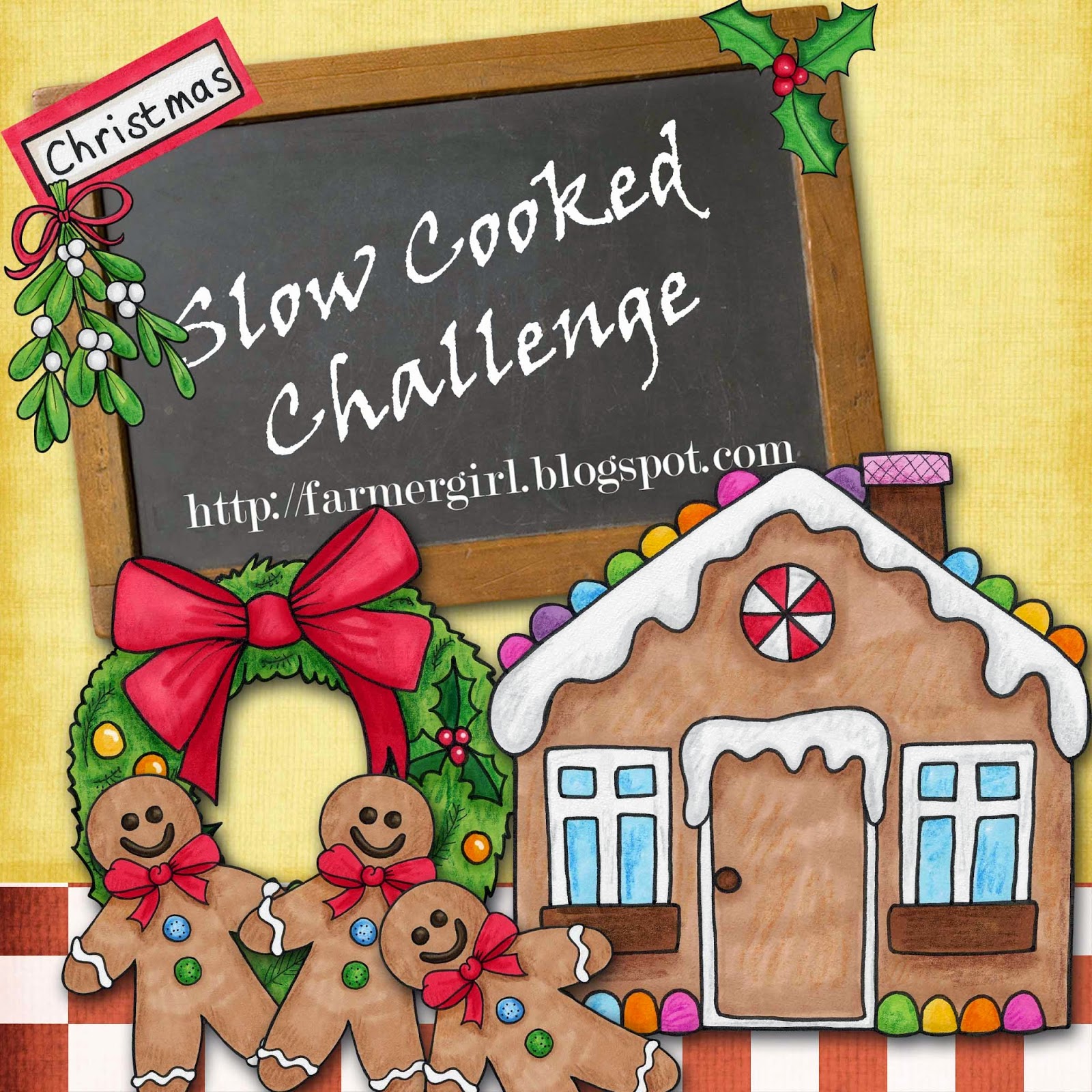 I hope you all had a very Happy Christmas.  Unfortunately, I was rather unwell with a terrible cold and cough throughout the festive season, but managed to enjoy it in short bursts!

The Slow Cooked Challenge for December was to make a festive recipe using a slow cooked method, here are the entries. 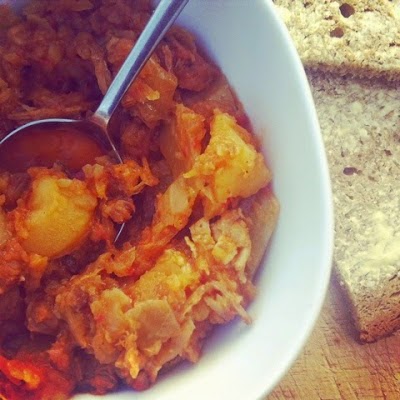 Ema at De Tout Coeur Limousin cooked up  Bigos Polish Stew   made with pork and sauerkraut and s traditionally served around Christmas time, a lovely warming dish with a great story of it’s origins and significance to Ema. 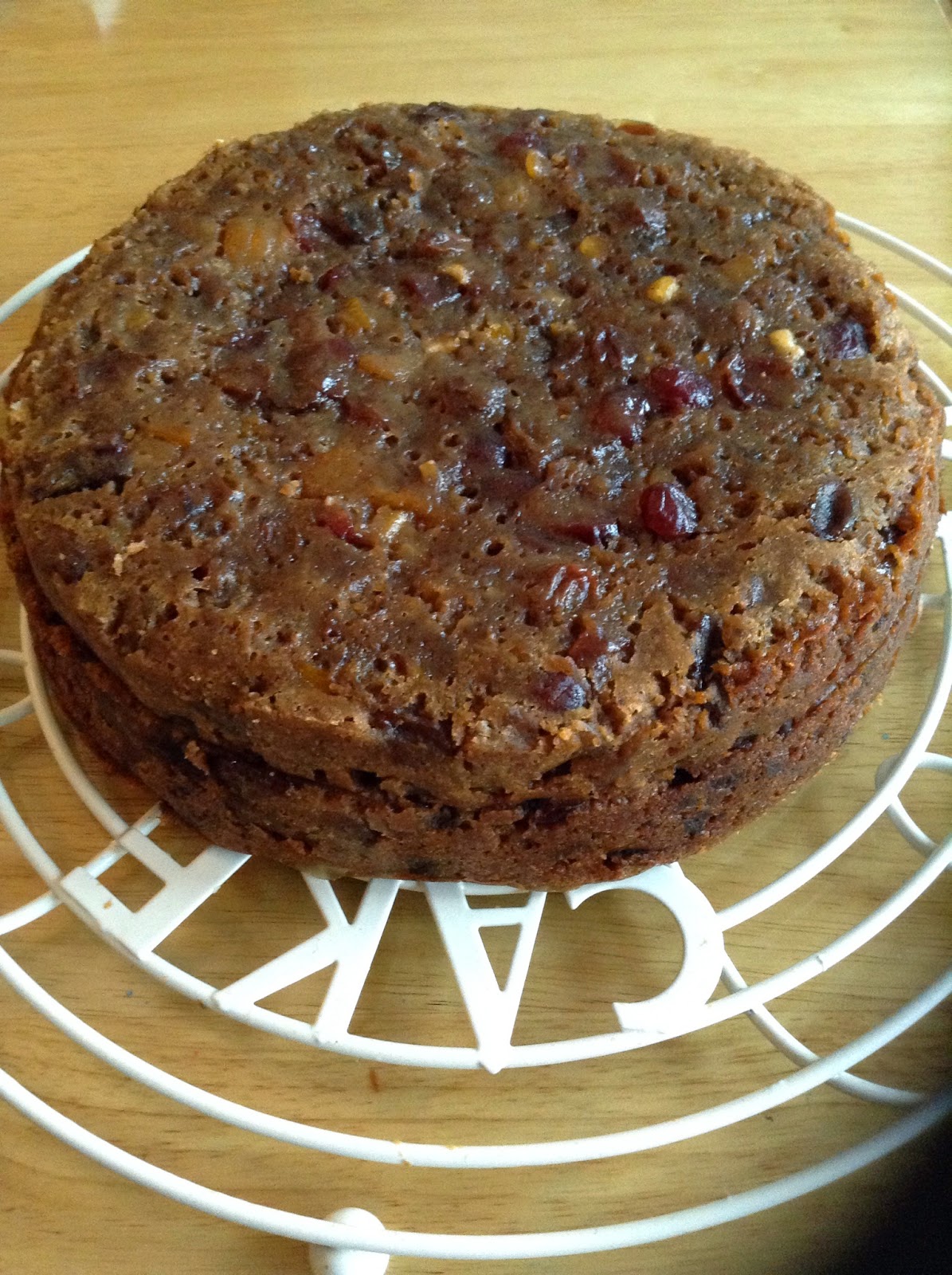